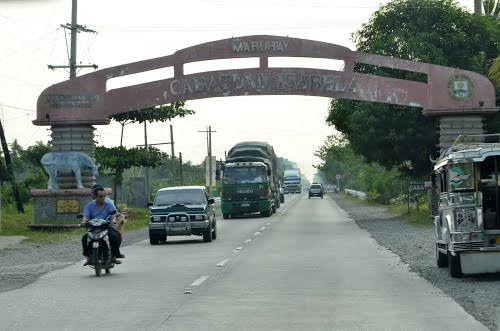 CABATUAN, Isabela – In an interview with the INQUIRER, Mayor Charlton L. Uy of this town said he will probe the complaint that beneficiaries of the Social Amelioration Program (SAP) here got only half, or P2,750, instead of the P5,500 regional allocation per beneficiary.

In his April 6, 2020 social media post, the Mayor in his Facebook account Ton Ton Uy expressed fear that some may complain if not all the 13,700 families of this town will be qualified to receive financial aid.

In his published interview, Mayor Uy admitted that he was visited by the assistant regional director of Department of Interior and Local Government to officially inform him that splitting the SAP money is not legal.

However, he refused to accompany the DILG to go around the barangays to shed light on the issue.

In Barangay Namnama here,some people claim that they indeed received only P2,750 or half of the allocated amount per beneficiary.

Asked how she got her SAP share, Beneficiary A said she signed a payroll indicating she received P5,500 but was told to split the amount with Beneficiary B, her neighbor whom a barangay councilor named. Upon receiving the money, she immediately visited her neighbors house to give the P2,750 as arranged.

Later that day, Beneficiary B was also called to the barangay hall to sign the payroll indicating he received his SAP allocation.

Upon learning that Beneficiary B also went to sign the payroll, Beneficiary A confronted the former and asked him to return the P2,750 she earlier handed over because the later knew those who will sign will be given cash.

It was there that Beneficiary B confided to Beneficiary A that the barangay councilor who arranged the splitting of the money between them asked him to turn over the entire P5,500 handed over to him after signing the payroll.

The source declined to have the names of the individuals involved to be published.

A barangay councilor has threatened that those who would question the splitting of the SAP will be asked to explain or report at the barangay hall, the source said.

News about the incident between beneficiaries A and B has spread in the village. When another beneficiary was asked by another councilor to turn over half of the money he received to another person, he asked the councilor that the recipient should personally come to him.

It was overheard that barangay officials are telling their constituents diskarte namin ito para mapagbigyan lahat (this is our scheme so that all people will get a share).