The Inner Sanctum of Ilagan 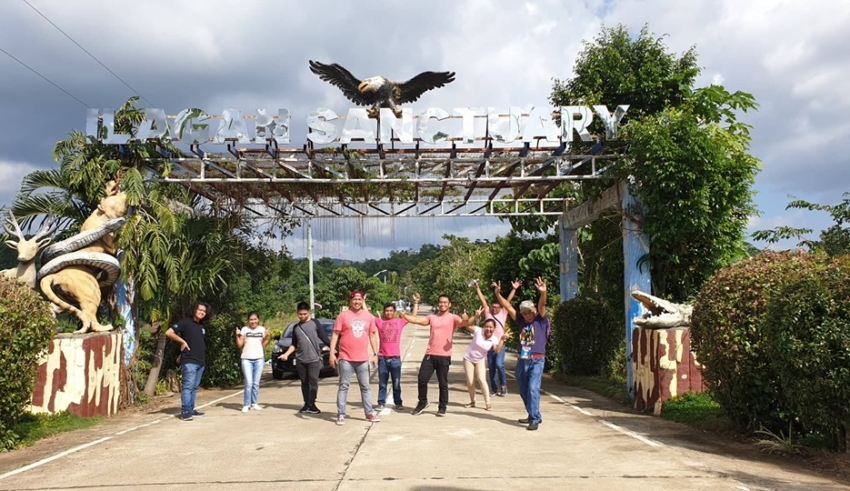 The welcome arch tells it all.

You are about to enter a city dubbed as the Corn Capital of the Philippines.
Such accolade the local city government has put to good use when they established signages, structures and symbols of the grain all over the city.

The Ibanag town, formerly the capital of the entire Cagayan Valley, prides itself as the bastion of some 12,708 corn farmers who till its total corn area of 17,568 hectares. With an annual corn harvest of 168, 774 metric tons or 14.35 percent of the total production in the province of Isabela, it was just right to call its annual festival as Mammangi (Ibanag, corn farming). In fact, 31 percent of its total land area of 1, 166.26 square kilometers is contributory to the domineering economy in the agriculture sector.

But there’s another welcome arch, past the major arch, which immediately capsulizes what it has to offer.

Like the rest of humanity, returning to nature has been a dream present in the minds of every Ilagueno ever since mankind left it. Residents of this fourth largest city in the Philippines are lucky they have mountains; a beautiful sanctuary where they can enjoy utter silence.

In these 819 hectares of sheer beauty and majesty, lies the 200 hectares Ilagan Sanctuary which boasts of four natural parks named Willow Brookeside Park, Scented Gardens Park, Rain Forest Park and the Hidden Spring Falls Park. Within these parks are the Pinzal Falls, Sta. Victoria Caves and the Abuan River. Here, the trees are sanctuaries in themselves as they preached the ancient laws of nature.

Here, one’s mind and body can retire from restlessness and conflict to a sanctuary of clarity and harmony. Here at Ilagan Sanctuary, it is serene. It is amazing as it is radiant. Its silence offers great power and healing.

Yellow Heliconias line both side of the road leading to the former Fuyot National Park which formerly is highlighted by the Sta. Victoria Caves. For those who already visited the area in the mid- nineties, they are in for a big surprise. The caves are now just a part and parcel of the totality of the Sanctuary.

The efforts of the City of Ilagan under Mayor Jose Marie Diaz in the establishment of the sanctuary won for the city the Best Tourism-Oriented LGU in the Philippines in 2015. A year earlier, the local chief executive won the Sandugo Outstanding Local Government Executive.

The zone combines package of ecology and adventure tourism. Inside the bosom of a lush vegetation are a series of caves, creeks, water falls, an array of endemic flora and fauna plus three zip lines for all ages, a natural-water swimming pool and a man-made boating area. Two zip lines at 350 meters long with an equal height of 100 meters cross tree tops for a fun-filled and safe adventure. At the boating area, just beside the swimming pool is the Zip Bike.

Its tree-top adventure is an ecologically friendly attraction which offers a variety of exhilarating outdoor adventure. It is a stretch of a 135- meter high hanging bridge with seven stations highlighted by beautiful endemic tree species per station.

For the health-conscious, trekking and biking is a must. There’s s large pond where the visitor can readily catch Nile Tilapia seeded. Another attraction for all ages is a choo-choo train which carries passengers from the zip line area into the Animal Kingdom passing through flowering shrubs amid a relaxing ride.

Glenn Cause, assistant administrator of the sanctuary said the animals are attractions themselves. Animals include a Tiger, monkeys, three Crocodillus philippinensis, wild boar, a deer plus three Pythons.

Those afraid of snakes, they can conquer their fears by either caressing them or carry them with friends. One female python named Maria Jesusa is 12 years old and weighs 120 kilos. They’re safe as they have been raised in the sanctuary since their early years.

‘ Their animal instinct has somehow diminished and they won’t survive if release to the wilds at this point, “ Joseph Domingo, the caretaker said.

An aviary with an impressive collection of eagles and other endemic bird species, complete with their scientific data, is a must-see not only for its visual appeal but more on information about the birds.

The local government made sure the visitor can spend not just a day or two in the sanctuary but more. Native huts and cottages accommodate are available and tour packages are always ready. Today, the Ilagan Sanctuary, because of its uniqueness, have been featured in popular television networks. Vloggers see it as irresistible for posting and celebrities of all types have been magnetized to visit it.

It is the only one its kind in Cagayan Valley today. The existence of the Ilagan Sanctuary speaks of the various ways a local government unit can do to promote their towns and to provide tourism-related jobs for its people.

The City of Ilagan is right; the Ilagan Sanctuary is indeed a sanctuary to nourish one’s body and soul.