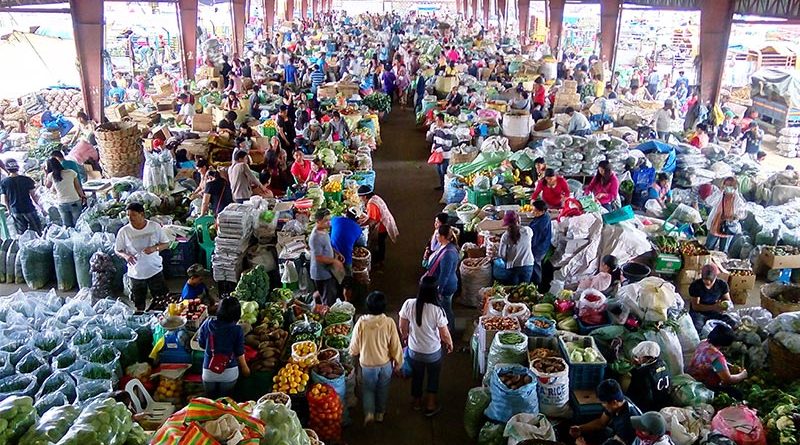 LA TRINIDAD, Benguet  –  The municipal government remains optimistic that the agriculture department will eventually release the agency’s balance amounting to P15 million to complete the rehabilitation of the existing vegetable trading post for the benefit of concerned agriculture industry stakeholders.

Mayor Romeo K. Salda said that a team from the agriculture department’s central office visited and inspected the completed works that is part of the ongoing rehabilitation of the trading post which could be a requisite for the release of the remaining balance of the committed funds to pursue the programmed improvement of the vegetable trading facility.

“We learned from reliable insiders in the agriculture department that the documents for the release of the remaining balance of the earlier promised funds to develop the trading post is in the offices of concerned authorities for their perusal and eventual signing. We hope that we can take hold of the funds before the end of the year so that we will be able to complete the programmed rehabilitation of our vegetable trading post,” Mayor Salda stressed.

He underscored that it is important to pursue the programmed development of the trading post so that the local government will be able to improve the state of the facility as envisioned by concerned stakeholders.

Earlier, the agriculture department committed to the local government that race back to the previous administration some P30 million to rehabilitate the existing vegetable trading post so that proper zoning could be observed aside from providing additional areas that could be used by other entrepreneurs for the trading of their produce.

Initially, the agency released to the local government some P15 million to jumpstart the proposed rehabilitation of the trading post and the funds were already exhausted for the programmed works within the facility while the remaining balance is awaited to complete the works and allow the available spaces to be used by the concerned stakeholders.

The local chief executive asserted that it is important for the agriculture department to release the remaining balance of the committed funding support so that the local government could already maximize the utilization of the available spaces to spur the economic activities inside the trading facility which is the converge area of agriculture industry stakeholders.

According to him, local officials continue to follow-up the release of the funds with the agriculture department to send a clear message that the local government really needs the funds to complete the programmed improvement and development in the facility that was built over three decades ago.

The La Trinidad vegetable trading post was constructed through the assistance of the United States Agency for International Development (USAID) in the late 1980s wherein it served as the premier trading area of highland vegetables produced in the different parts of the province and traders coming from Metro Manila and the lowlands.

Aside from the La |Trinidad vegetable trading post, La Trinidad plays host to the multi-million Benguet Agri Pinoy Trading Center (BAPTC) which is now operational and serving as one of the premier vegetable trading areas north of Manila.