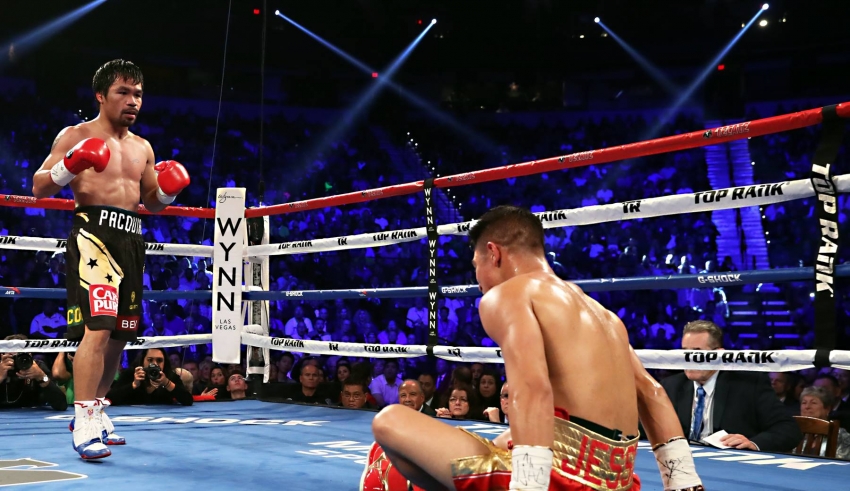 GENERAL SANTOS CITY- Another grand hero’s welcome awaits world boxing champion and Senator Emmanuel “Manny” Pacquiao when he returns home to this city and nearby Sarangani Province after his historic win on Sunday against Jessie Vargas in Las Vegas.

City Mayor Ronnel Rivera said Monday they are currently coordinating with the senator’s team for the schedule of his homecoming, which is already being anticipated by local residents.

He said they will partner with the provincial government of Sarangani regarding the activities and other arrangements for the hero’s welcome.

“We’re very happy for his victory and for again bringing pride and honor to our city and the entire country,” the mayor said.

The eight-division world boxing champion, who is considered a local hero, represented Sarangani at the House of Representatives before winning a Senate seat in May elections.

“We saw that our senator was still very sharp in the ring. His speed and punching power was there,” Rivera said.

Aside from Pacquiao, the mayor said they will also give former WBO super bantamweight champion Nonito Donaire Jr. a hero’s welcome despite losing his title in the Pacquiao-Vargas undercard.

Donaire, whose family on his father’s side is based in this city, lost to challenger Jessie Magdaleno via unanimous decision.

“He deserves a hero’s welcome. Being there in Las Vegas to fight is already a big honor for the country,” Rivera said.

For his part, Sarangani Governor Steve Chiongbian Solon said they will also prepare for a grand hero’s welcome for Pacquiao.

But he said they have to confirm with the senator’s camp if he will proceed to the province when returns to the country in the next few days.

“We’re not yet sure if he will have the time for a brief homecoming because of his work at the Senate,” he said.

The governor said they will just proceed with the preparations in coordination with the city government in case Pacquiao decides to return home.

As to the Sunday fight, Solon said Pacquiao has shown to the world that “he is really not due for retirement” despite his age.

The “fighting senator” will turn 38 years old next month.

“In his last two fights, he knocked down and beat champion boxers who were young and at the peak of their primes,” he said.

Solon, who witnessed the fight along with thousands of residents who flocked to the provincial gymnasium in Alabel town for the free live viewing, said he wanted to cry when Pacquiao floored Vargas in the second round.

“It’s really a great feeling to see that. It was even sweeter in the end to see that we have a senator as world boxing champion. That’s the first in history all over the world,” he added.