by SunStar Cebu
in COVID-19 Chronicles
Reading Time: 4 mins read
6 1
A A
0
9
SHARES
34
VIEWS
Share on FacebookShare on Twitter 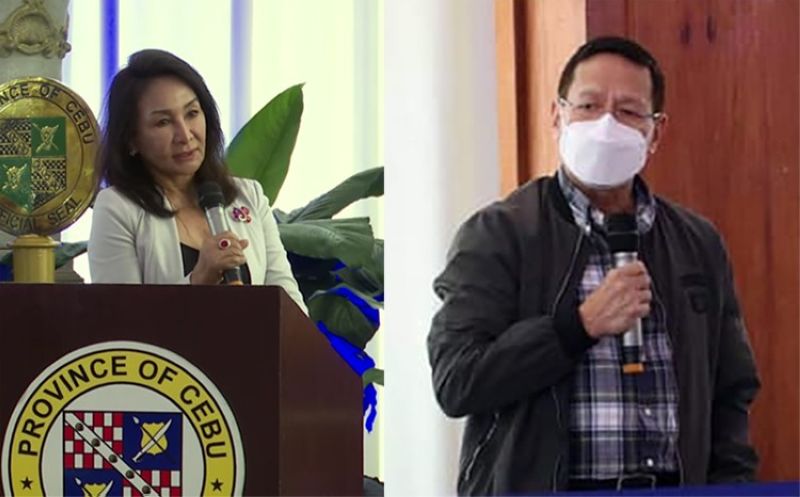 PEOPLE who expected a final resolution to the dispute between the national task force against Covid-19 and officials of Cebu Province must have been disappointed when at the end of Tuesday, June 29, meeting at the Capitol, there was none.

No decision from the IATF-MEID panel, led by IATF top guns Health Secretary Francisco Duque III and Leo Nograles, with the agency’s medical experts. No move to amend Provincial Board Resolution 2021-04, which adopted Governor Gwen Garcia’s Executive Order #17, to conform to the national guidelines.

The win-win solution or happy compromise that would’ve capped the weeks of discord between central government and local government was not there. Bureaucracy usually doesn’t work that way.

[1] NO DECISIONS, NO CHANGES; MANILA RULES. Health Secretary Duque was blunt: “Nothing for me to say” (much less decide). He was just socializing, “on the gracious invitation” of the governor. Nograles said they may “continue the conversation” with Capitol but they only recommend to the president. Duque said they’re not the ones who decide, what was taken up at the Capitol meeting “has to be deliberated upon by the IATF with, of course, our 55 or so experts.”

No report about the Province Board making any move to stand by, repeal, or amend its controversial ordinance. What stance the governor will take, the PB will expectedly adopt: everyone, from the vice governor up to the last board member, takes the cue from the chief executive.

[2] GOVERNOR’S PITCH. Governor Garcia asks for freedom (for the Province “to forge its own rules”) and responsibility (to keep Cebu under MGCQ or modified general community quarantine, which it has done for almost a year already).

Specifically, she wants the Cebu protocol of swab-on-arrival-and-continue-quarantine-in-homes to apply only to Cebuano returnees from abroad or, put in another way, that Cebuanos be excluded from the IATF 10-day-in-hotel national guideline. As to non-Cebuanos who choose Mactan-Cebu International Airport as port of entry, they may spend their 10-day quarantine here; Cebu has enough rooms for them, the governor assures.

Her arguments this time stress on:

(a) Cebu Province machinery, officials and resources being capable of managing Covid-19 while the returnees spend the rest of their quarantine in their home; and

(b) The quarantine in hotels is not exactly as health-safe as believed or advertised. Governor Gwen touts the capability of cities and towns in the province and their officials in managing quarantine even as she pokes at holes in the IATF-prescribed, hotel-stay quarantine.

[3] WHO’S AFRAID OF VARIANT DELTA? IATF: WE ARE. The “changing nature” of the coronavirus, the variant called Delta from India, is why IATF insists on the 10-day mandatory hotel stay.

As of June 17, 17 cases of Delta variant from overseas returnees were reportedly detected and recorded. IATF experts say it’s more quick and prolific and can’t be detected for four days; thus, the 10-day quarantine reduces risk to “almost negligible.” Vaccine czar Carlito Galvez Jr. worries that if Cebu deviates from the IATF rule, it might let in the deadly Delta, as passengers have “higher risk of infection.” Thus, IATF pushes for a uniform national policy against the threat of mutations.

But who can be sure? No hard data on risks of variant transmission or the safety of hotels compared to homes. There are assumptions and models, whose validity depends on who’s making and accepting them.

[4] THE PART IN CEBU PROTOCOL THAT IATF DOESN’T TRUST. Not Capitol’s swab-on-arrival policy. What IATF finds unreliable is the stay at the overseas returnee’s home. Experts at the national task force apparently distrust the home quarantine, despite the flaunted reliability of local chief executives to enforce the rules in the “balikbayan’s” town or city. IATF experts see hotel space as controlled space, thus making it easier to control the variant.

[5] VACCINE FACTOR. The vaccine as safeguard is fast, Duque says, but not fast enough to achieve the so-called herd immunity. He points to older people and others with multiple illnesses, many of whom, he said, have not yet been vaccinated. For them, Duque says, the new variant can be “extra-risky.”

Vaccine or shortness of its reach is made the argument for the stricter quarantine for Pinoy returnees. And the older citizens, as always, provide IATF the reason for tighter control.

[6] PUBLIC OFFICIALS’ TREATMENT OF PEOPLE, THEIR SENSE OF DUTY. Governor Gwen cites the line taken from the Constitution’s preamble: “Sovereignty resides in the people and all government authority emanates from them.” She climbed Capitol’s rooftop on July 1 of her first term in 2004, she says, to get a clearer view of the shortened quotation, “The authority of the government emanates from the people.” She could’ve asked for a copy of the Constitution and read the text up close but no risk or theater would’ve lent the task. The engraved words on the central concave portion of Capitol’s façade wouldn’t be as meaningful.

She harps on easing the pain of people, emotionally and over making a living, about not just treating them as data and statistics but as human beings.

[7] IF GWEN WERE CAMPAIGNING FOR REELECTION, she couldn’t sound and look more convincing. She was addressing not just her guests from IATF but also the local leaders and, by extension, the voters in May next year.

The IATF people could tell presidential political advisers back in Manila that for 2022 administration national candidates to collect enough votes to win, it would be too risky to have the governor pitch the war tent with the rival party.